Lorraine is at the end of her rope. Almost 20 years ago, Lorraine found Spot alone in the park, presumably abandoned, and she couldn’t help immediately falling in love with the noisy tailless creature. She first brought him home as a pet, but later, when he started showing signs of sentience, she started thinking of him more often as her son. She even tried to make him feel more like a squirrel by showing him how to make and wear a prosthetic tail, which seemed to give him a lot of confidence, especially when they went to the park to play with other squirrels. But that all changed when he became a teenager, and day after day, Spot seemed determined to find some way to break her heart in every possible way. It’s all just too much.

Her friend who works at the neighborhood pet store told her that males of this particular species go through a period of rut where they’re incredibly hostile and totally governed by hormones, and to just give him some space and wait it out and he should become his old self again in a while. But Lorraine, she doesn’t know how much longer she can put up with the yelling and the drinking and the constant humping and spraying. She's come to the sad conclusion that some animals are just meant to stay in the wild. 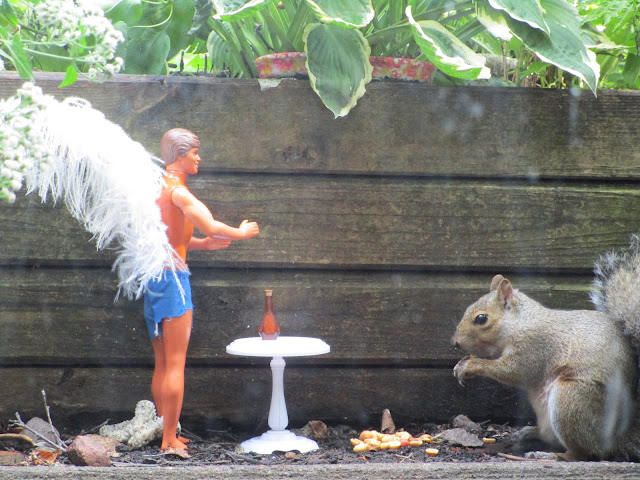