Cal is at work and he is very busy. Every day, he comes into this office and sits at his desk and waits for people to bring him things to read or type, which happens a lot, which is why he’s so busy. Every few hours—and it’s not on any schedule that he can tell, so he has to pay attention—one of the monitors at his desk makes a beeping sound and he has to immediately press a red or a blue button to make it stop making that sound. He suspects pushing these buttons might be the most important part of his job, but nobody's told him what they do so he just keeps pushing them. For a long time, he had a coffee cup on his desk that said “World’s Greatest Squirrel,” and seeing that cup every morning made him indescribably happy during some very dark times. But someone stole his coffee cup a couple of days ago, which is confusing because he’s the only squirrel who works at this branch. Even before he had the cup, many years ago, Cal had an office with a window in it, but he was moved to this office about a year ago because it was determined that windows make squirrels less productive. So now Cal has to work in this dark, windowless room that’s more of a storage closet than an office, with a blank coffee cup that doesn’t say nice things about him, and nothing but piles of paperwork to type up and read and buttons to push throughout the day. 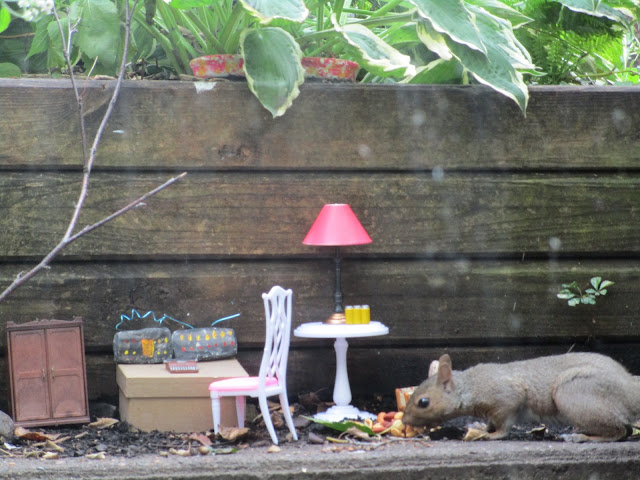