Julian is just a regular sort of squirrel caught up in a very irregular situation. Last week, when he was just running around and minding his own business at the park, a very nice couple--obviously confused by the presence of all the mimes and magicians performing at the park--approached him about doing his “act” at their daughter’s birthday party. It sounded like an easy gig, so he accepted, and now that party is today and he has no idea what he’s supposed to do to entertain all these kids. It didn’t take them long to be bored of the pony, and how is a squirrel supposed to compete with a pony? Luckily, the parents only booked him for one hour, so as long as he can sit here and act like he’s doing something squirrel-like, he’ll be okay. 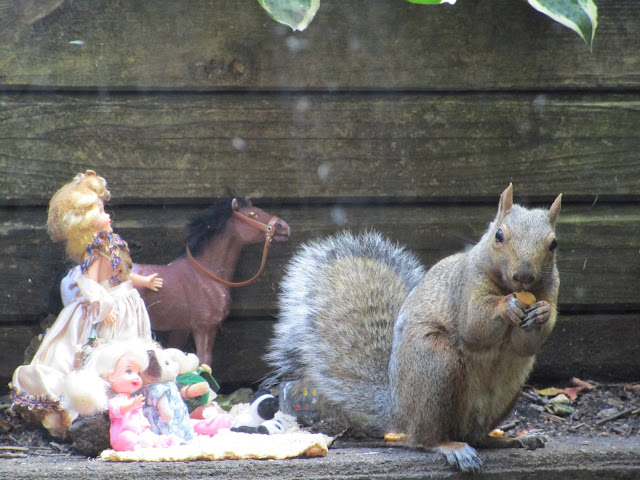