Even though her given name is Jessica, no one has called her that for a very long time—everyone around here calls her The Squirrel God, The Big Squirrel, The Terrible Squirrel, or any other host of relatively unflattering names. For years, she lived a relatively solitary life on her little island, with lots of birds and the occasional visiting squirrel as companions, only to have a shipload of crazy people land on her beach and start harassing her. For some reason, they decided she was the type of creature that demanded human sacrifice (which seems to be a common human fallback), so every few months, she’s learned to come down to the village to find a big pile of nuts, a bunch of noisy shouting, and an annoying couple tied up to greet her. Because she’s a kind-hearted squirrel, she usually hauls the terrified couple down to the beach and throws them in the ocean so they can find their way back to their _real_ home, but more often than not, they make their way out of the water and return to their village on her island instead. 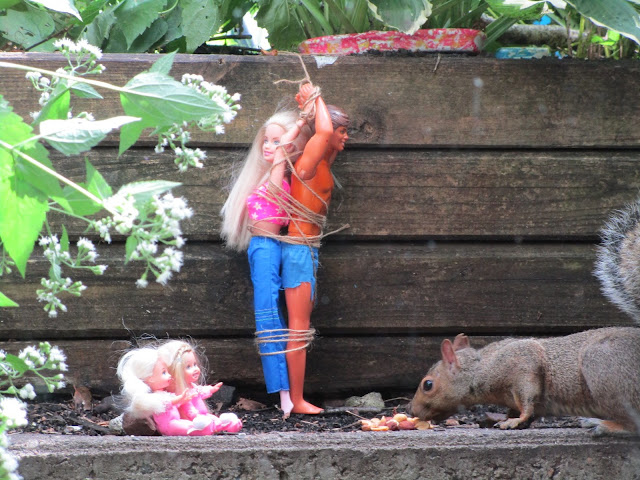