This is Sophia, soon to be Queen Sophia. When Sophia signed up with Find-a-Prince's dating service, she figured she’d be set up with just a nice guy with a job, nothing fancy, or, if they set her up with an actual prince, that it’d be one of those suave Dutch princes, like the ones that wear suits and sashes in the movies. She did not imagine in the slightest that her prince might be this Genghis Khan type warrior, an angry brute who has already informed her that there will be no dating—he’s already decided she’s to be his wife and that they will be returning to his home world immediately. “As Queen, you can have all the meat you can eat!” he roars. “But mister, I’m a squirrel! I don’t eat meat!” protests Sophia, the future Queen of God-knows-where, swearing under her breath to never use a dating service to find a man ever again. 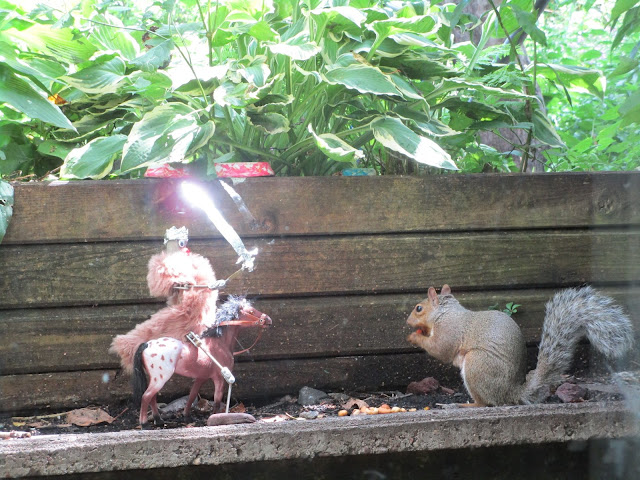