Sharon is a quiet young female who is also today’s guest on Today! With Blaine! A couple of days ago, Sharon got a call from the show telling her that someone important from her past wanted to meet her, and ever since, she’s been calling up ex-boyfriends and the few friends she still has from high school trying to figure out who this someone might be. While she was backstage, though, the announcer told the audience that Sharon is actually one of three triplets that were adopted by three different families as infants, and that her two sisters have been looking for her ever since they learned the truth! Today is the day the three sisters learn about one another, as well as how much growing up in different households can shape the life of a little squirrel. 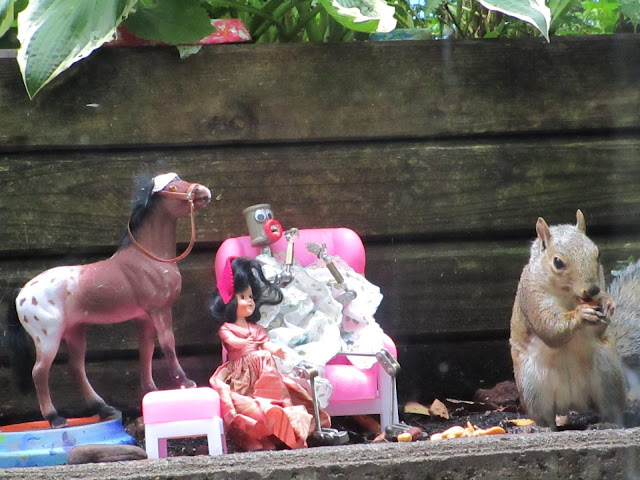