Jerome has been trapped in the attic of my neighbor’s house for most of his life. When he was very small, a crow yanked him out of the tree branch he was running around on and flew him up to my neighbor’s roof, but Jerome escaped through a tiny hole in the roof and made his way into the attic. The mice in the attic brought him scraps from the kitchen downstairs to eat, and within a few weeks, Jerome was way too plump to escape back out through the little hole in the roof. For the past six months, he’s been trapped in my neighbors’ attic, running back and forth at all hours and making terrifying noises and knocking old furniture over, to the point where the home owners are too afraid to go up and investigate and have decided that it’s easier to believe that the attic is just haunted by a very dangerous ghost. But no, it’s just poor Jerome, running around and around in the dark, trying to figure out how to get back outside to his old life again. 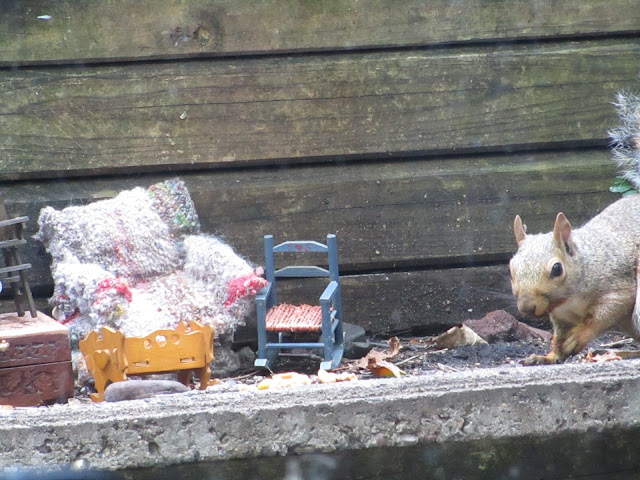