Dr. Eugene is a world-famous archaeologist and adventurer, and if you're a subscriber to the academic magazines “Squirrel Archaeologist” or “History! For Squirrels!” you may be familiar with some of his more celebrated discoveries, such as the trove of species peanuts discovered piled in a stack underneath a sarcophagus slab in Egypt, or his analysis of the remnants of the brain of the 13th century saint, Joseph of Illado, which turned out to be a dried-out apricot. Earlier today, as a huge fan of archaeology myself, I asked Dr. Eugene what exactly he was looking for in my window well, but he is famously tight-lipped about his discoveries and doesn’t discuss his work until his notes are ready to be delivered and cataloged with the universities funding his trips or to the reporters at the many magazines that chronicle his adventures, and unfortunately for me, today was no exception. 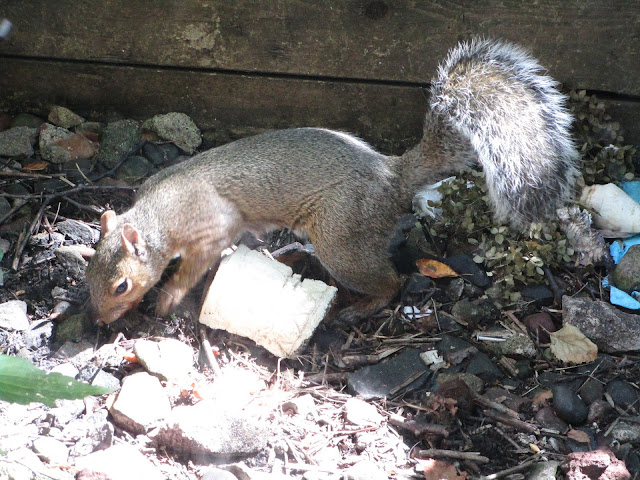