Chuck--the one on the right--is a member of that Squirrel Liberation Front I've tried to warn everyone about for a while now, especially since they seem to be getting even bolder in their anti-human activities as of late. Today, Chuck is on lookout duty with a new recruit, a squirrel named Don that Chuck deeply suspects might be a spy but doesn’t have enough concrete evidence to say anything to the other squirrels yet. Sure, Don has the requisite lovely squirrel tail and knows all the proper SLF slogans and passwords, but there’s just something about him that doesn’t feel right. Which is why Chuck volunteered for this post—so he can get close to Don and find out for sure if the other squirrel is a true believer—or just another mole. 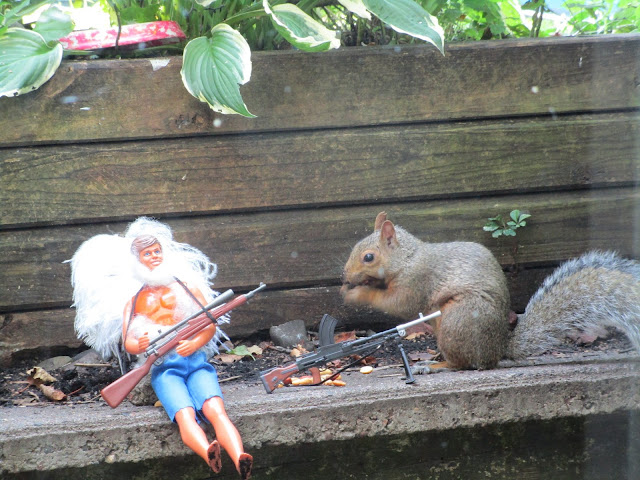