Christie is a passionate young female from the maple out front. Christie’s best friend, Judith, was supposed to guard the pile of nuts set out for her from the ravaging shrew that’s eaten her breakfast twice already this morning, but Judith had not had her cup of coffee yet when she volunteered for this position and fell asleep sometime during her watch. She tried to make it up to Christie by buying her more nuts with her own money—and Judith is currently unemployed and doesn't have much money, so this was very generous of her—but Christie’s decided that she’s just had enough of that darned shrew. “Don’t do anything rash!” says Judith. “Trust me, no breakfast is worth going to jail for!” But Christie, she lets her heart rule most days, and often, with tragic consequences. 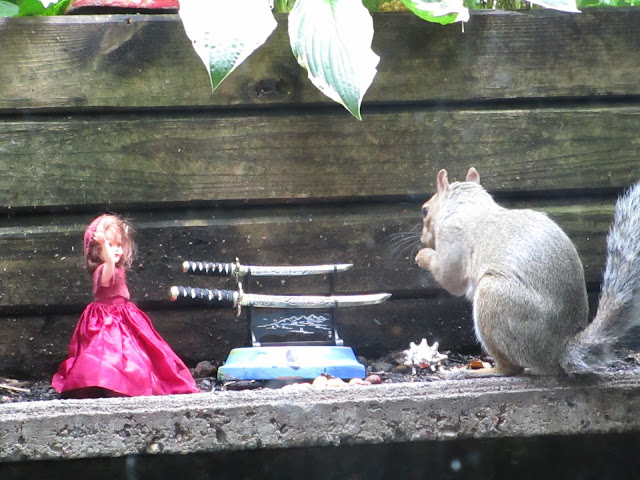