Rowena is a lovely, quiet female from this spring’s first litter. Rowena just got off the phone with her mother, who apparently spent a whole lot of money getting a family tree put together to surprise Rowena and her siblings. According to the chart, Rowena’s family not only came over from the Old World nearly a thousand years ago, accompanying a crew of rugged Viking explorers who loved having squirrels running around on deck while battling the high seas, but also, it looks like there’s some royal blood way down the line. Rowena’s mother is already looking into on whether any of them can claim any benefits from being the direct descendent of a genuine squirrel king, even if it’s just a royal title that they can all use on business cards. “Aren’t you excited?” asked Rowena’s mother once she paused for breath. “Wouldn’t it be exciting if it turned out _you_ were a princess?”

Princess Rowena. It has a nice ring to it. 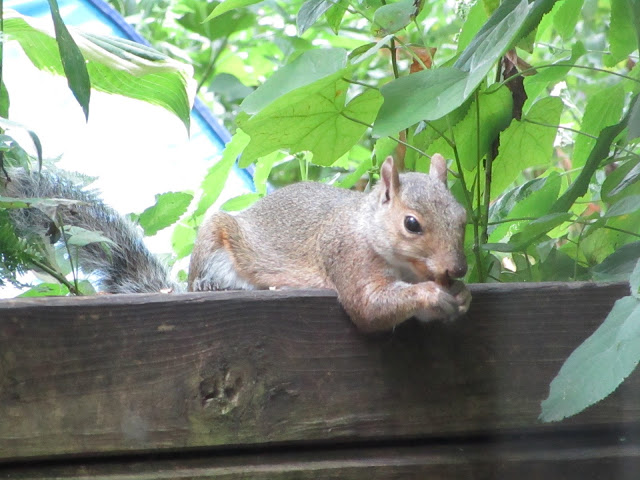