Loretta has come to this ramshackle theater set up outside my window full of good intentions. Tonight is the debut of her friend Janice’s seven-act play, “Three Tiny Women With Something to Say,” a lengthy exploration on the trials of being a 5-inch-tall woman in this crazy modern world. Unfortunately, the program did not state that the play would end up being nearly five hours long from beginning to end, and three hours into the performance, Loretta really has to use the bathroom. Unfortunately, she is the only one who turned up for this performance, so her absence, however brief, would be immediately noticed, and she does not want to hurt any of the performers’ feelings. Far off in the corner of the theatre, the red, glowing "Restrooms" light blinks on and off, on and off, as if purposefully taunting her as she tries to focus only on the actors on the stage. 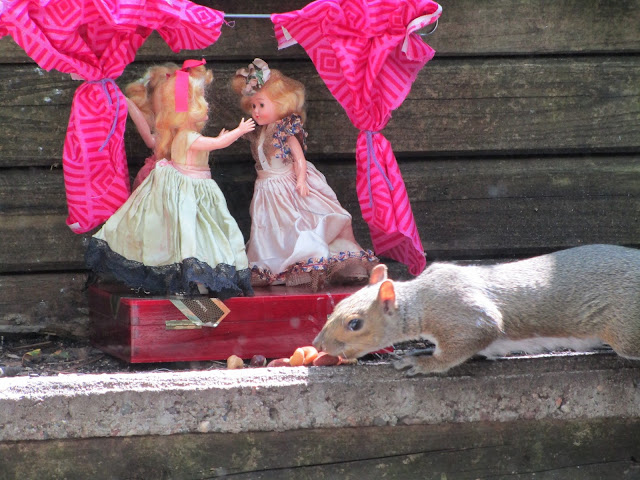