Stab is a young enforcer for the Squirrel Mafia. He’s here partly out of guilt, but mostly out of love—for years, he’s worshipped Donna from afar, watched as she dated and then married his greatest rival, Don, watched her grow sadder and more tight-lipped as her husband, already a cruel man, grew crueler with time. Stab decided it must have just been destiny that he was right there, and the only other one there, when Don leaned over that open elevator shaft so he could stupidly listen to his stupid voice echo down 25 stories of empty—what else could it be? And now Donna is alone once more, and although she seems sad now, Stab’s pretty sure the moment to reveal his feelings for her are at hand. 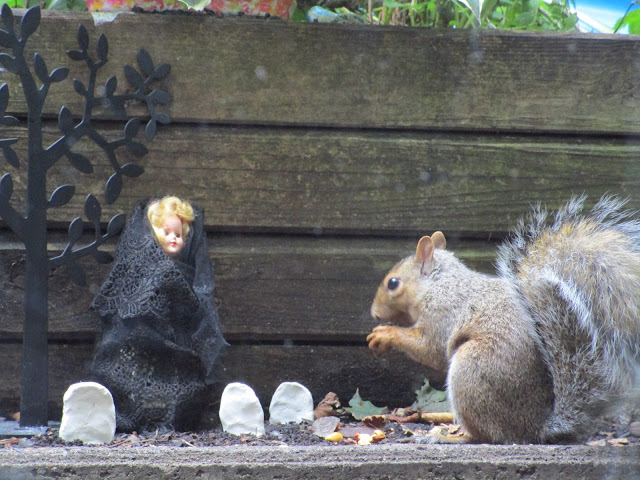